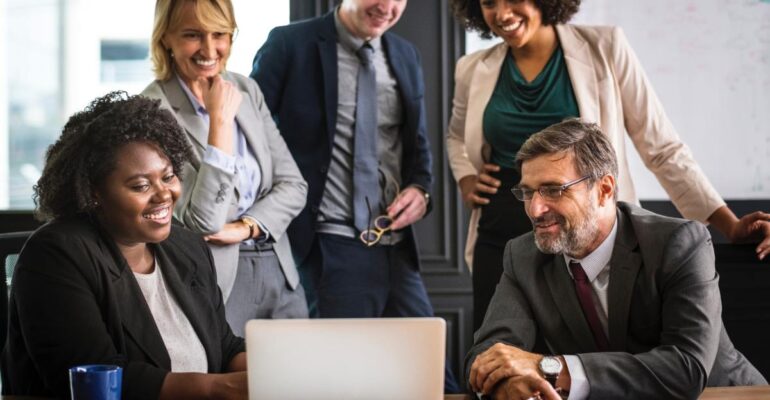 English has fast become the most widely used language in the world of trade and commerce over the past decade or two. As a result, having an excellent knowledge of English for business has become vital for success in any employee’s career. No more so than in that of international students seeking better career prospects in an English-speaking country

The spread of the English language can be traced back to the days of the colonial expansion and has fast become the default language in all official forms of communication in most countries around the world. In today’s business-oriented world, English is widely used as the major medium of communication for both small business concerns and large corporate entities alike. As the Lingua Franca in almost all of the developing nations all over the world, English is the
preferred language in the business community as many business partners nowadays do not speak the same native language.

It can cross international borders and transcend language compatibility barriers that have made English the most sought-after language in today’s corporate world. The proficiency of the language has also made it a vital part of success in the highly competitive corporate world. Many reputed organizations around the world rely on English as a means of communication in everything from emails to corporate documentation to even popular and well-read business resources both in print and over electronic media. English is being used as the official language in over 70 countries. Fluency in English, both written and spoken plays a critical role in many aspects of corporate life from securing employment to communicating with clientele and achieving cohesive business partnerships all over the world.

English has now become a global language for business all over the world to such an extent that it is the standard official language in certain industries such as the shipping and airline industries. It has resulted in the knowledge of English being a near-mandatory requirement for critical jobs such as airline pilots and naval officers, etc. Apart from having an impressive command of spoken English today’s competitive corporate culture demands an equally impressive command
of written English as well. It is mainly because almost all forms of business communication such as emails,presentations, sales and marketing and even corporate legal documentation are now carried out in English.

Why Presentation Skills Are the Most Important Skill Set to Have

Learn how to express your feelings in proper English by method of storytelling. Nuwan De Alwis (of Online English Sri Lanka by Nuwan De Alwis) has been helping people through his Online Spoken English Courses in Sri Lanka since the year 2008.
Read more

© 2020 OnlineEnglish.lk. All Rights Reserved. Developed By The Innovators
Select the fields to be shown. Others will be hidden. Drag and drop to rearrange the order.
Click outside to hide the compare bar
Compare
Wishlist 0
Open wishlist page Continue shopping